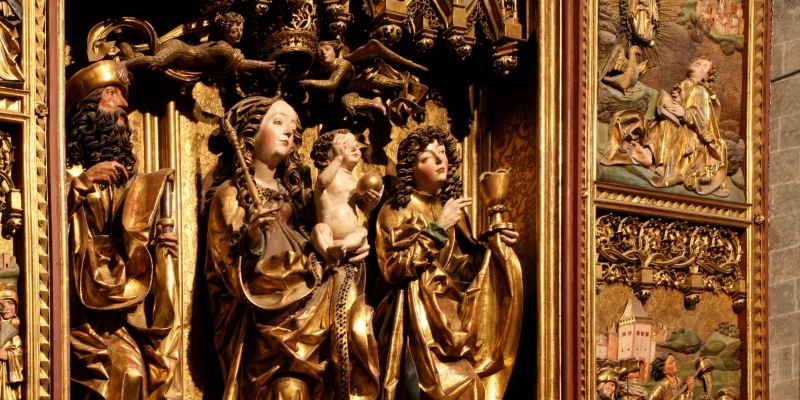 Sites in Slovakia on the UNESCO World Heritage List: 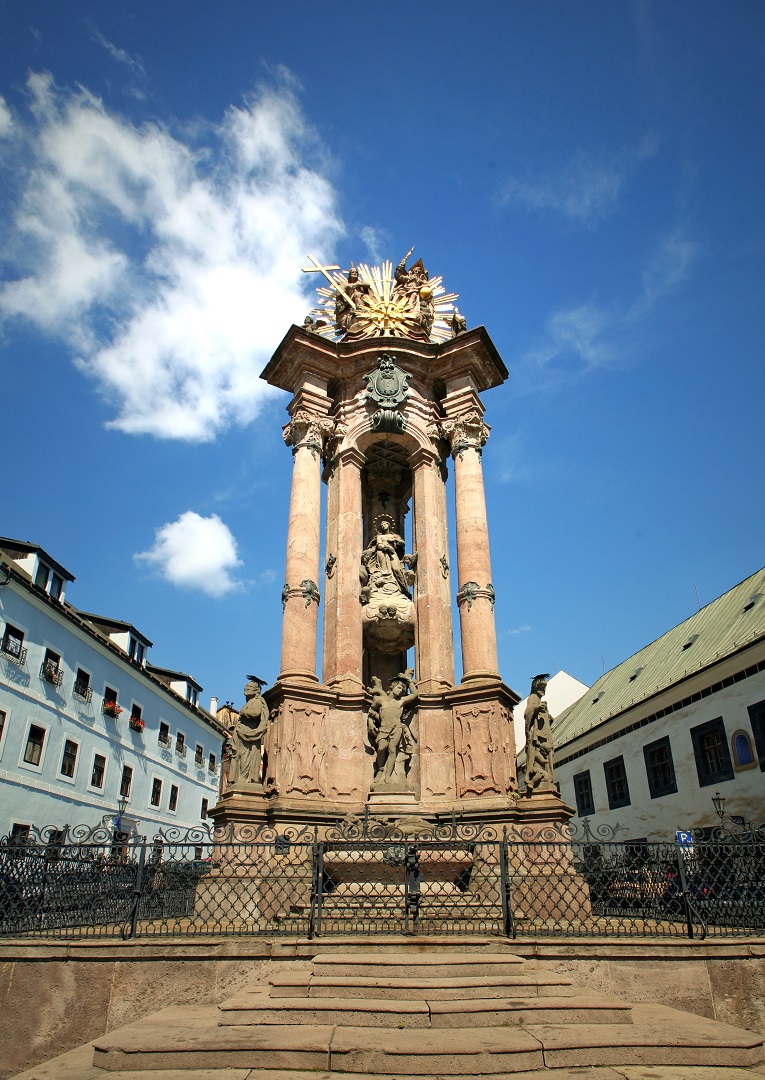 The enchanting town surrounded by the mountain range of Štiavnické vrchy combines its special charm with a pleasant family atmosphere. The town has preserved its rich mining tradition to this day. Today the unique mining water reservoirs called 'tajchy' are used as outdoor pools. Right in the town you can 'go down the pit', that is descend into a mine or visit the open-air mining museum. Among the city’s landmarks are the Baroque Calvary of Banská Štiavnica and Starý zámok (the Old Castle) as well as Nový zámok (the New Castle), yet the town’s surroundings are enticing as well, with plenty of hiking trails and cycling routes. 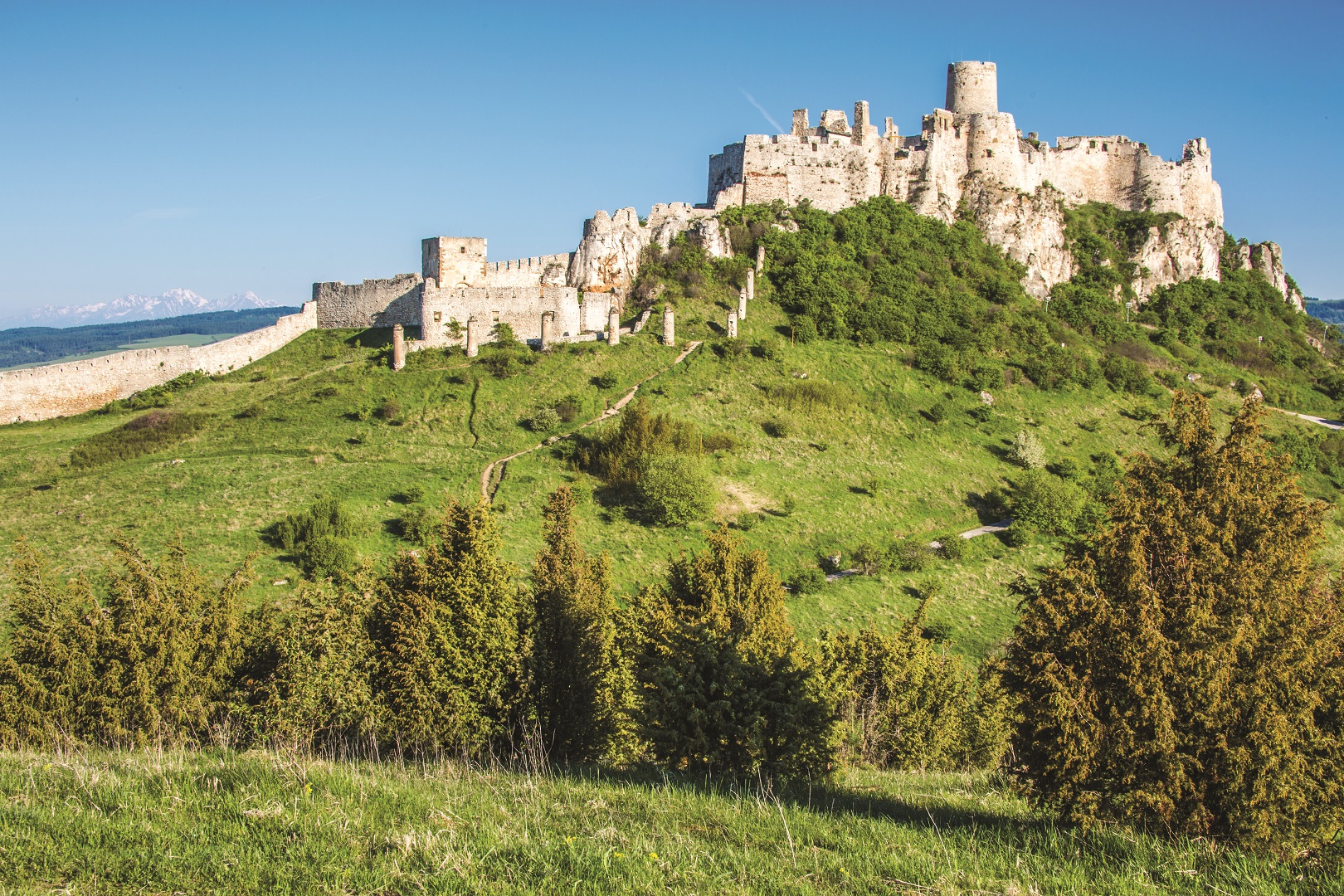 Spišský Hrad, Levoča and landmarks in the vicinity

One of the largest castle compounds in Central Europe, Spišský hrad (Spiš Castle), flourished particularly in the 15th century, when it served as a representational residence of the nobility. The castle is an important tourist attraction of the Spiš region. The little town of Spišské Podhradie with its mercantile houses from the Renaissance and Baroque eras, the clerical town of Spišská Kapitula and the gothic Church of the Holy Spirit in Žehra are also worth visiting. The medieval royal town of Levoča is one of Slovakia’s historical jewels. Saint Jacob’s Church boasts the tallest wooden Late Gothic altar in the world, carved by Master Paul of Levoča. 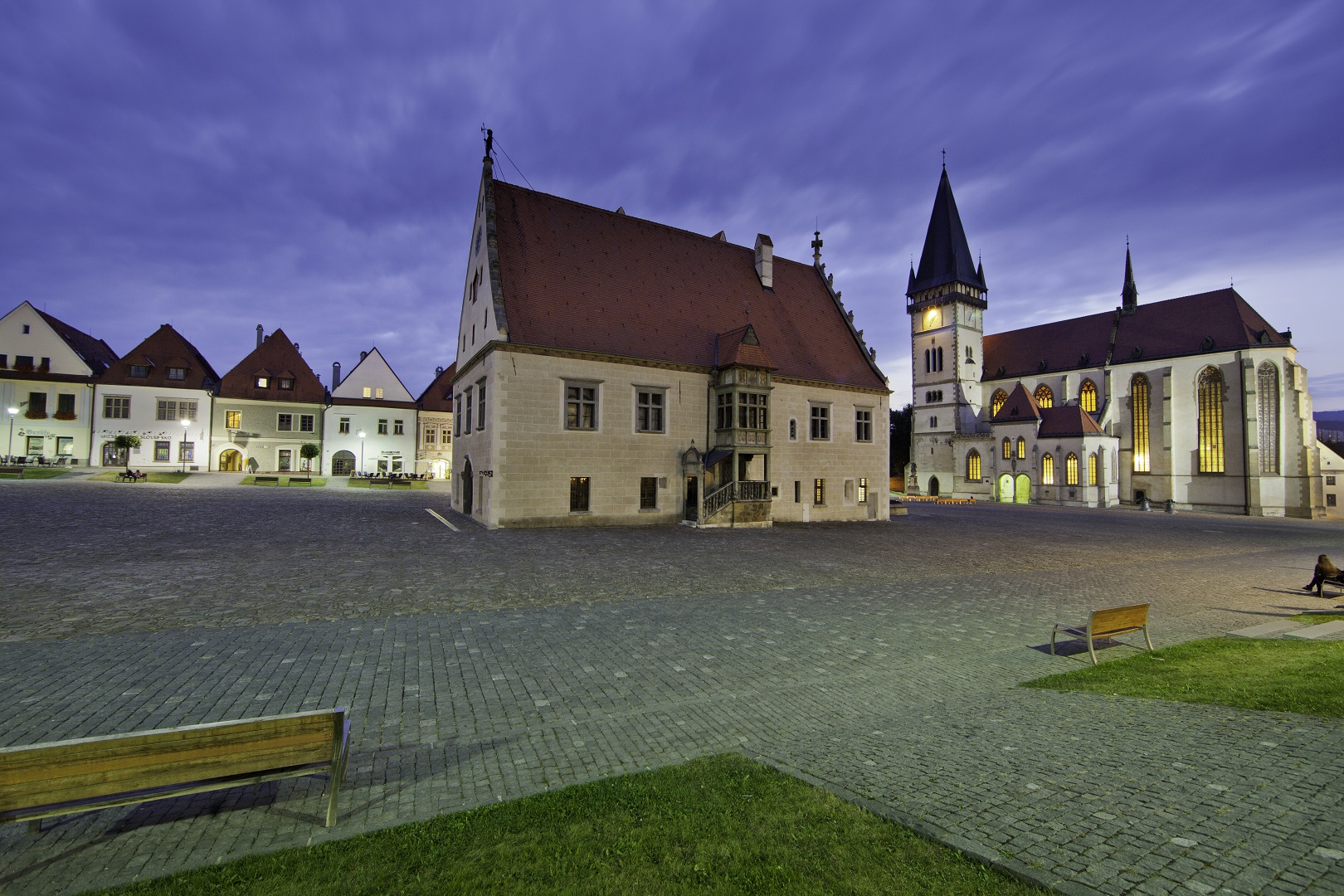 Bardejov, a Gothic gem in the Šariš region, is particularly proud of its numerous valuable monuments. An architectural rarity is the location of the Gothic-Renaissance town hall building, which is situated at the centre of the rectangular Radničné námestie (Town Hall Square). Bardejov’s landmark is Saint Giles’ Basilica, a Gothic church, which was granted the status of a Minor Basilica. Its visitors are captivated by the ensemble of eleven Late Gothic wing altars. Near the centre you can find an urban curiosity – a complex of Jewish buildings including a spa and a synagogue. An inseparable part of the town is the Bardejov Spa, one of the most beautiful and sought-after spas in Slovakia. 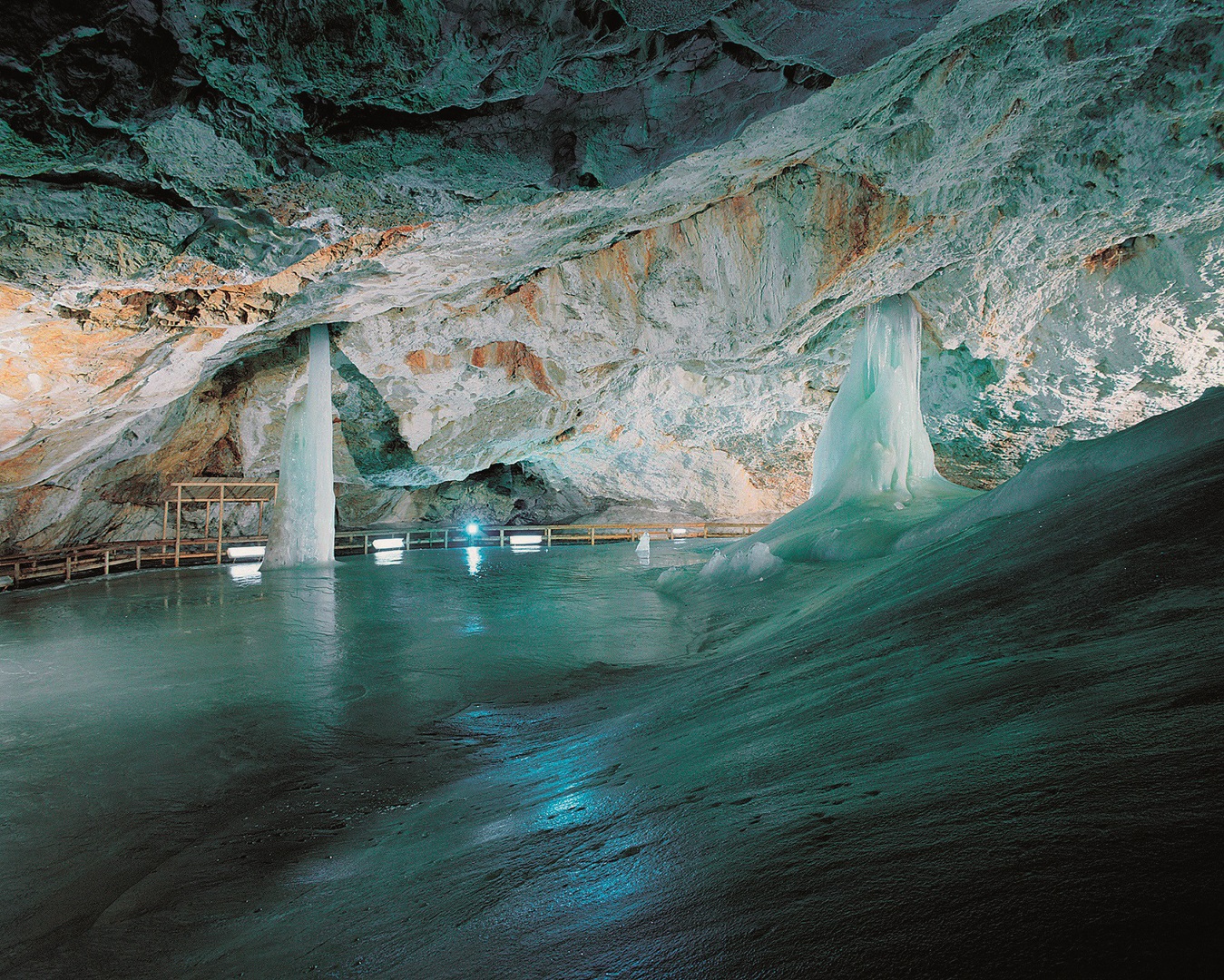 The caves of the Slovak and Aggtelek Karst are unique in the world. Later the Dobšinská Ice Cave, one of Europe‘s biggest ice caves, was also added to the World Heritage List. In this huge subterranean glacier, you can find magnificent ice columns, icefalls and stalagmites. The Ochtinská Aragonite Cave is the only one of its kind in Europe. The cave is adorned with aragonite crystals resembling fragile corals and sea anemones. A rarity of the Krásnohorská cave is the Rožňava Cavers’ Dripstone, which at a height of 32.6 metres ranks among the world’s largest sinter formations. 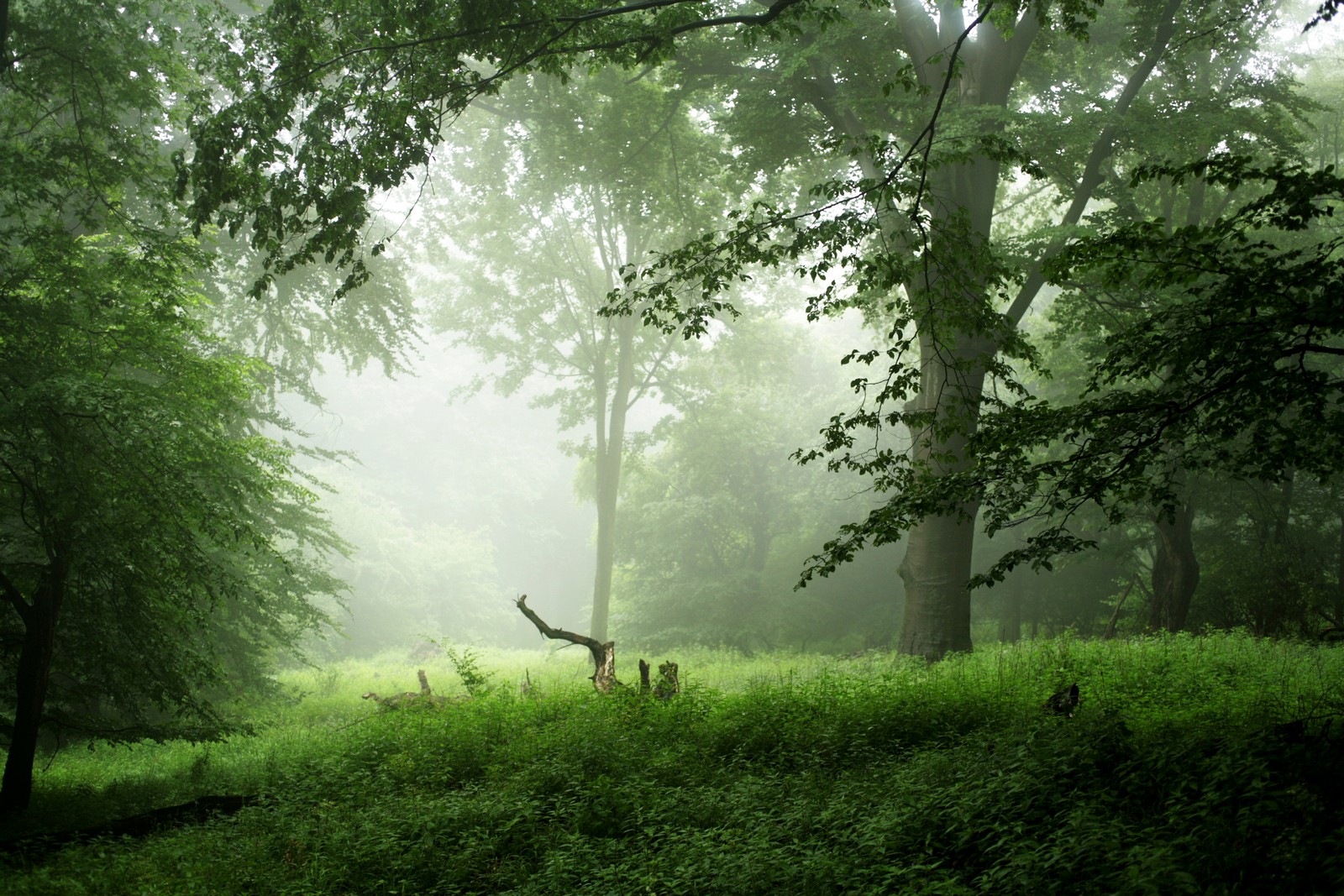 The primeval forests of Stužica, Rožok, Havešová in the Bukovské vrchy mountain range and Vihorlatský prales (Vihorlatský primeval forest) constitute unique original woodland, untouched by civilisation. You will experience the unparalleled atmosphere of the natural environment of a true forest teeming with awe-inspiring natural treasures. The dominant species here is beech, which grows up to 40 metres in height. High peaks and picturesque deep valleys create an undisturbed haven for rare animals, such as the brown bear, the grey wolf, and the Eurasian lynx or even the Euroasian elk. For those who love pristine nature, the Carpathian primeval beech forests are the perfect place to relax.

For more information go to www.slovakia.travel