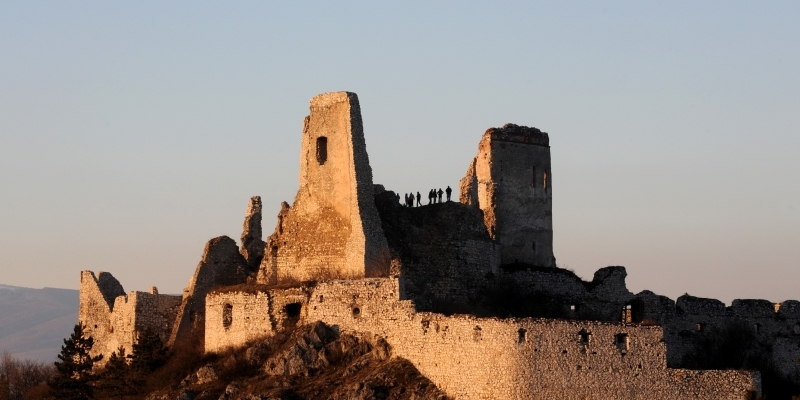 Even though Slovakia is a young country, established only on 1 January 1993 after the dissolution of Czechoslovakia, it has a very long and diverse history.

The territory of Slovakia has been inhabited since early times. Several cultures flourished here until they were dominated by the expanding Celts in the 4th century BC, followed by Germanic tribes. The first Slavs arrived here in the Migration Period. The establishment of Samo’s Kingdom in the 7th century and of the Nitra Principality at the beginning of the 9th century was followed by the Great Moravian Empire, the first common state of Slovak and Czech ancestors, which came into existence in 833. 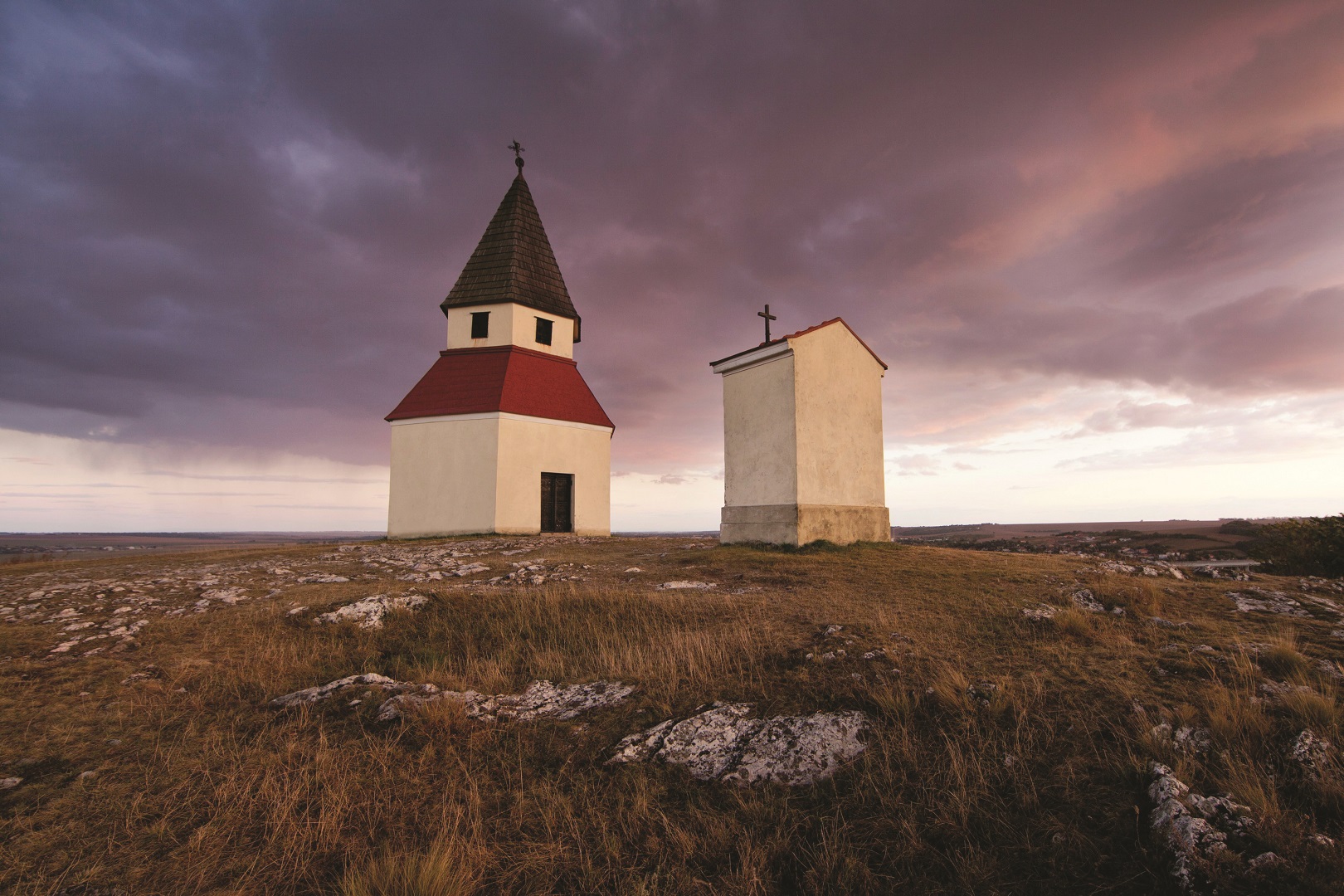 In 863, the brothers Cyril and Methodius came to Great Moravia from the Byzantine Empire at the invitation of Prince Rastislav. They spread Christianity and translated the Bible into Old Church Slavonic. After the fall of Great Moravia at the beginning of the 10th century, Old Hungarian tribes seized control of the land, so the territory of today’s Slovakia became part of the Kingdom of Hungary for a thousand years. The Kingdom of Hungary experienced gradual economic growth with thriving mining towns and trade centres. In 1467, the first university in Slovakia, Academia Istropolitana, was founded in what is now the city of Bratislava. 1762 saw the establishment of the world’s first technical college, the Mining Academy in the town of Banská Štiavnica. 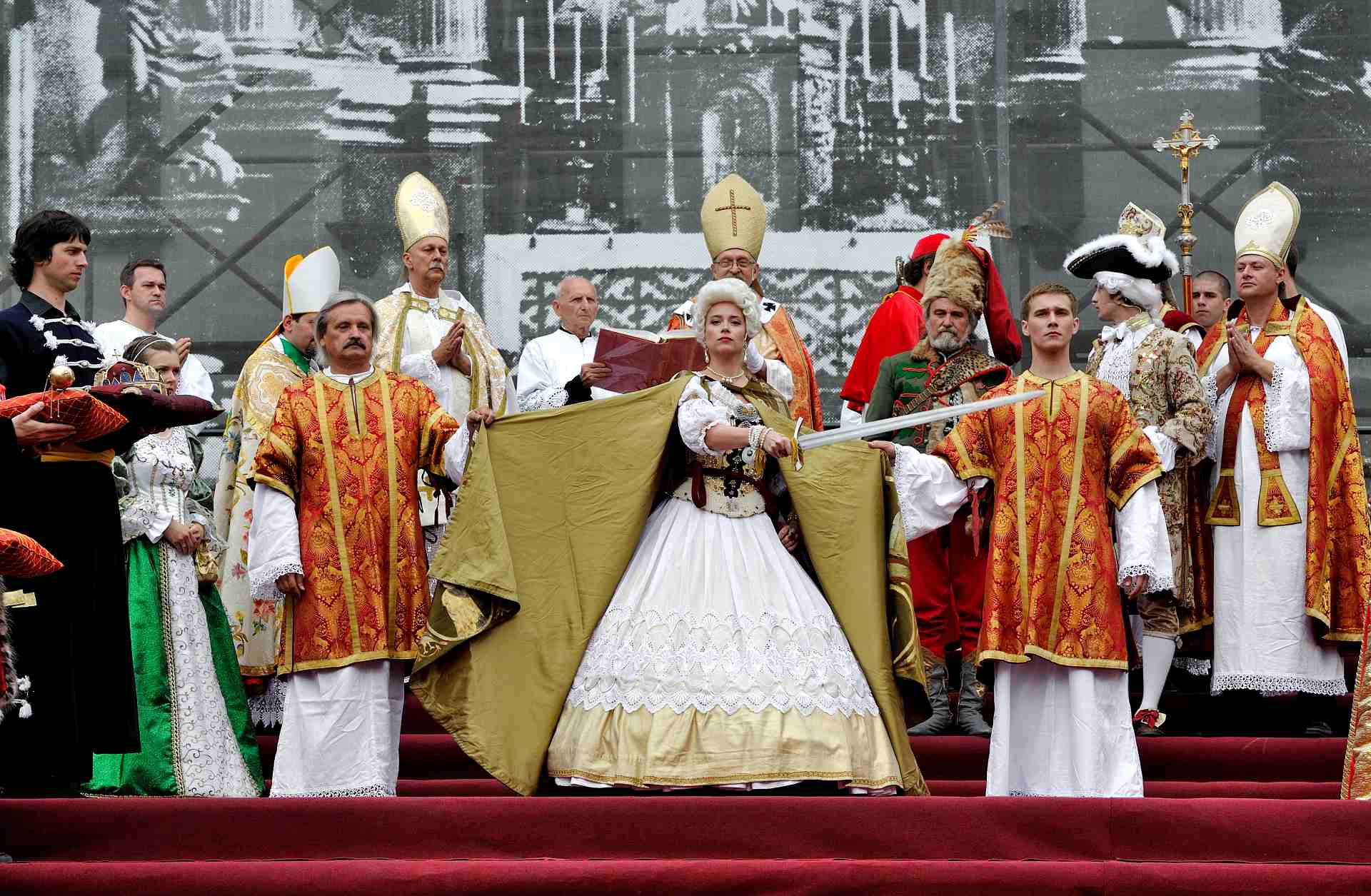 After the Turks invaded Europe, Bratislava served as the coronation city for 18 Hungarian monarchs including Maria Theresa, a prominent European ruler.

In this very city, then called Pressburg, the peace treaty (known as the Treaty of Pressburg) was signed after the Battle of Austerlitz fought between France, Austria and Russia during the Napoleonic Wars. In the 19th century, Slovaks formulated their first political programme. Unfortunately, the progress of the national movement was thwarted by the Austro-Hungarian Compromise of 1867 and the following period of Magyarisation, which lasted a full 50 years. In 1918, after the First World War and the dissolution of Austro-Hungarian Empire, Czechoslovakia was established. 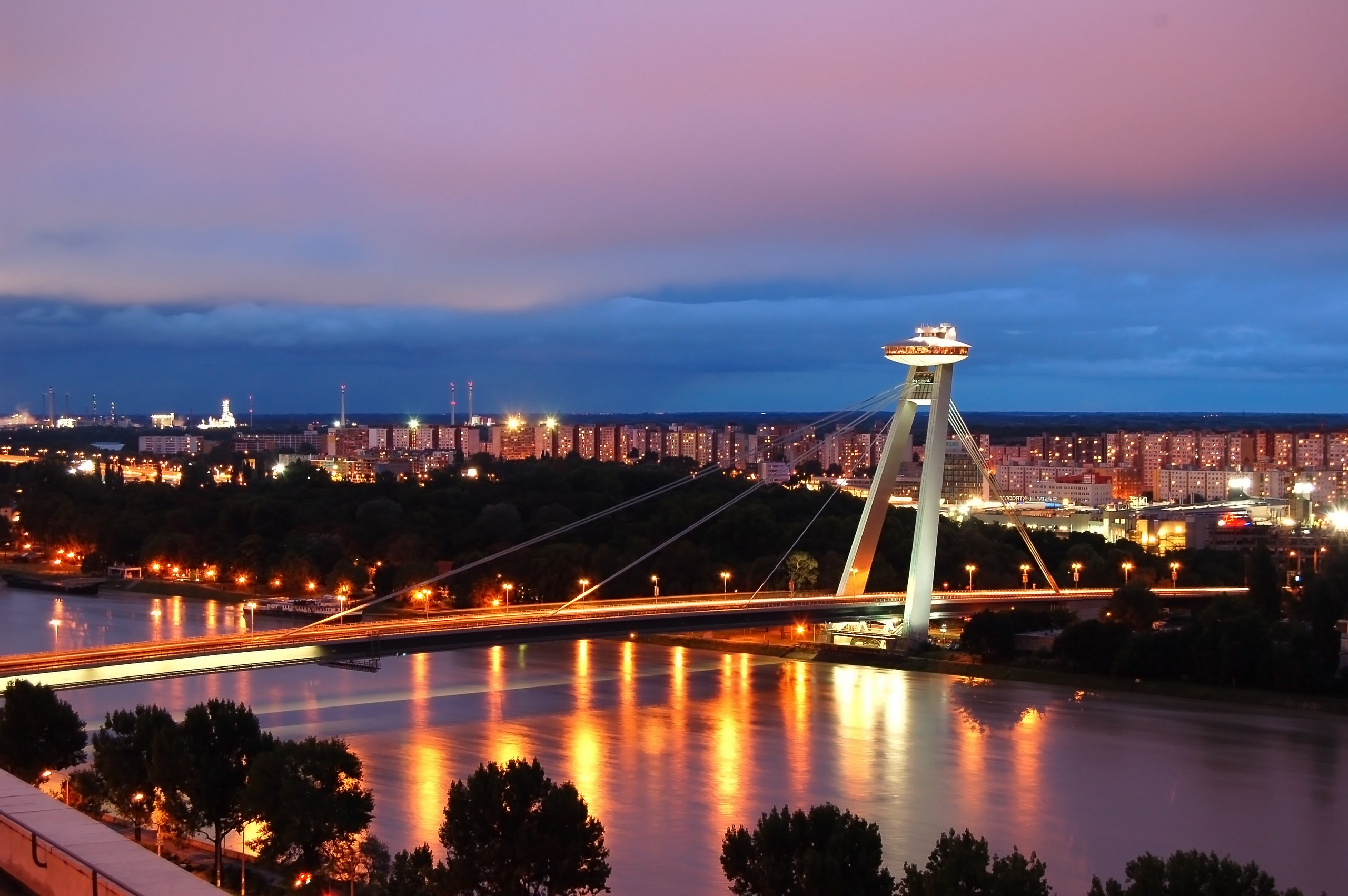 In 1939, an independent Slovak State came into existence in the territory of Slovakia as an outcome of international events. However, the end of the Second World War brought about the restoration of Czechoslovakia.

The communist party gradually seized power in the country and the communist dictatorship was overthrown only by the Velvet Revolution in 1989.

Democratic society exposed several problems, which resulted in the break-up of the common state of the Czechs and Slovaks and the establishment of the independent Slovak Republic on 1 January 1993.

In December 2007, it became part of the Schengen Area and on 1 January 2009 it joined the euro area when it adopted the euro, the single European currency.

The automotive industry is driving Slovakia's economy at present, and the country is the world's leading per-capita car producer. The electro-technical industry, the ICT sectors and shared services centres are also developing rapidly.

The Slovak economy is open and highly export-oriented – particularly with respect to the markets of its fellow EU Member States, as they make up around three-quarters of Slovakia’s total trade turnover. The automotive and electro-technical industries account for the bulk of Slovakia’s exports.

In the 1990s, Slovakia made a successful transition from a centrally-planned to a market-based economy. Structural reforms enabled the country to attract foreign investments.

Industry as the economy’s backbone

The economy is currently thriving. This is also evidenced by the fact that Slovakia’s economic recovery in the wake of the global economic crisis was among the fastest across the EU. Real GDP growth was measured at 3.6 percent in 2015, and it is expected to remain sustainable in the future. Real GDP per capita amounted to 77 percent of the EU’s average in 2014.

Improvements in the labour market have led to a long-term drop in the average unemployment rate, which came in at 11.5 percent in 2015. That said, significant regional and structural gaps persist, resulting in a situation where production is largely concentrated in the more prosperous parts of the country.

Following the example of engineering, the electro-technical industry has also thrived since 2000, having even become – thanks to new technologies – the fastest-growing industry in the country. Alongside the traditional industries such as the engineering, chemical, electro-technical, wood-processing and food industries, new sectors with a higher added value are also coming to the fore. In particular, these include information and communication services and shared services centres. Their rising significance and influence is reflected in the number of innovative companies in the IT sector, such as ESET, which operates in 180 countries across the world. 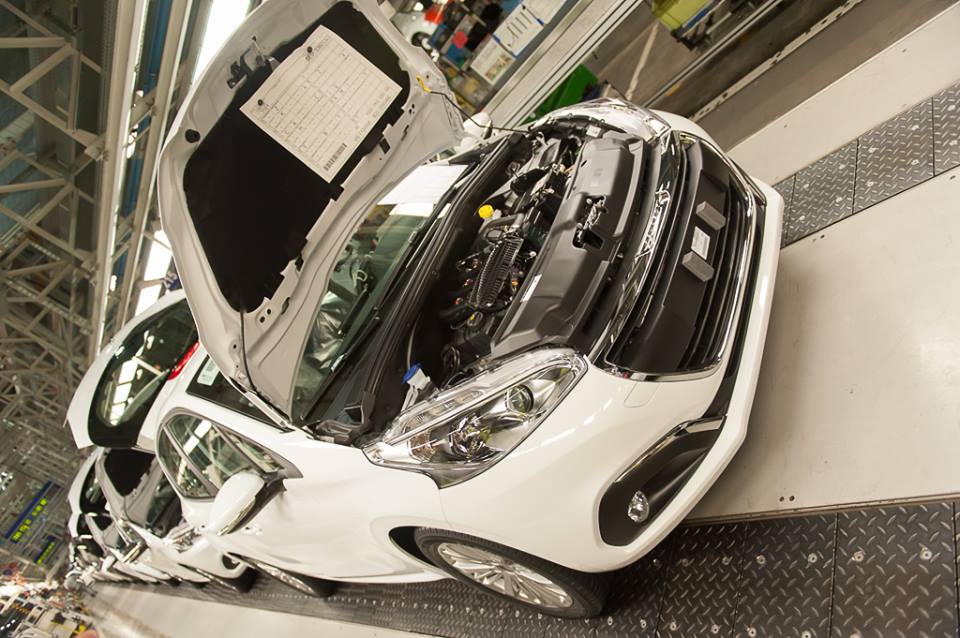 After the German car manufacturer Volkswagen successfully established its presence on the Slovak market in the early 1990s, the French company PSA Peugeot Citroën and South Korea’s KIA Motors followed suit in 2006. The car-manufacturing industry, which employs tens of thousands of qualified workers, has evolved into one of the key elements of the Slovak economy.

Thanks to the record-high car output in 2015, with over one million vehicles produced (i.e. 184 cars per 1 000 inhabitants), Slovakia earned the top spot in global per-capita car production. Following Jaguar Land Rover’s decision to build its first plant in continental Europe (near Nitra) in a project worth EUR 1.5 billion, Slovakia will become the regional leader in the car-making industry as a whole.

Investors are feeling confident in Slovakia

When it comes to investment, Slovakia ranks among the most attractive destinations in central Europe. In addition to its favourable geographic location, the country also offers an attractive investment environment thanks to its political and economic stability and to the common European currency. With an eye to ensuring that both Slovak and foreign investors have access to a skilled workforce with adequate qualifications, Slovakia has introduced the dual-education system, which reflects demand. The Government also supports investors through investment incentives. Investments are primarily directed at the banking and financial sectors and at the energy, car-manufacturing and electro-technical industries. Foreign direct investments account for 60 percent of Slovakia’s GDP.

The largest investors in Slovakia are the Netherlands, Austria and the Czech Republic. The total volume of foreign direct investments as at the end of 2014 amounted to EUR 43.23 billion.

Achievements in science, research and innovation

The skills of Slovak researchers, developers and engineers are evidenced by the successful projects launched by foreign and Slovak companies. For the third year now, the car manufacturer Volkswagen has been producing the first serially-produced electric car, e-up!, in Bratislava. The first flying car – Aeromobil – which was designed by Slovak inventors and was unveiled at the EXPO 2015 exhibition in Milan, has garnered worldwide attention. Slovak students and young scientists receive major accolades at prestigious international contests in the USA. Slovakia is also home to a number of start-ups with products that are finding their way into global markets (such as the content monetisation system Piano Media and the offline GPS navigation tool Sygic). July 2016 will see the launch of the first Slovak satellite from a spaceport in California, USA. The device will be sent into orbit to receive very long radio waves coming from deep space and from the upper layers of the atmosphere.